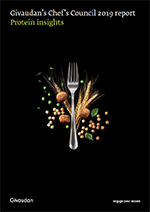 Are you ready to taste the future? Subscribe to our Protein Insights.