Givaudan announced today the appointment of Louie D’Amico as President of the Flavour Division and a member of the Executive Committee. Louie D’Amico will succeed Mauricio Graber, currently President of the Flavour Division, who will leave the Company to become Chief Executive Officer at Chr. Hansen, a global bioscience company. Louie D’Amico, currently Head of Flavours Americas, will work closely with Mauricio Graber to ensure a smooth transition over the coming months. The changes to the Givaudan Executive Committee will be effective 1 April 2018.

“On behalf of Givaudan’s leadership team, I would like to thank Mauricio Graber for his significant contribution in driving the successful development and expansion of our Flavours business. Based on his strong customer focus, strategic vision and excellent leadership, he has built a highly performing Flavours business and leadership team over the past 10 years. I wish him great success in his new appointment.”

He continued: “Louie D’Amico brings a true passion for customers, a deep understanding of consumer trends and markets, as well as strong people management skills to this role. He will continue to expand our global market leadership and evolve our flavour solutions to the needs of a fast changing food and beverage market.” 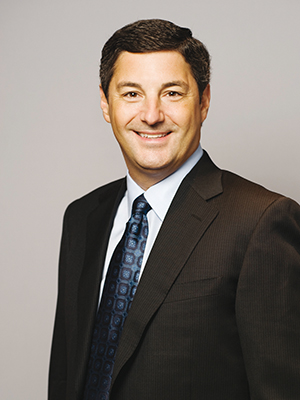 From 2003 to 2010, he was based in Europe as Head of International Key Account Management, then Head of the Global Beverage business unit and later Commercial Head of EAME. In 2010, he relocated back to the USA as Head of Flavours Americas.

Louie D’Amico has a BSc in chemistry from Michigan State University.

Maurico Graber will leave the Company after a distinguished 23-year career, most recently as President of the Flavour Division, a position to which he was appointed in 2006. He first joined Givaudan in 1995 as a Managing Director for Latin America with Tastemaker and subsequently held various senior regional and global leadership roles within the Flavour Division.