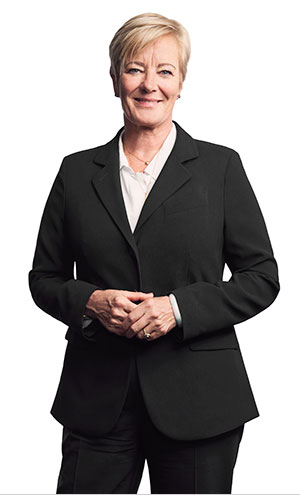 Ingrid Deltenre has held several executive positions in the press and media including Director of Publisuisse from 1999 to 2004, and Director of the leading public TV broadcaster in German-speaking Switzerland, Schweizer Fernsehen, from 2004 to 2009.

In 2010, she became Director General of the Geneva-based European Broadcasting Union (EBU), a position she held until June 2017.

She holds the following mandates in companies that are quoted on an official stock exchange: member of the Board of Banque Cantonale Vaudoise and member of the Supervisory Board of Deutsche Post/DHL.

Ingrid Deltenre holds a Master of Arts in Journalism, Educational Sciences and biological Anthropology from the University of Zurich.