New production hub in Changzhou to start operations during 2020

Givaudan today laid the foundation for a new production hub in Changzhou, Jiangsu Province of China. This investment reiterates the Company’s commitment to continue investing in high growth markets such as China.

Located in one of the most economically developed areas of China, the new site will substantially increase Givaudan’s  manufacturing capacity whilst maintaining best-in-class service levels  to its customers across North East Asia. With a total investment of approximately CHF 100 million, it is Givaudan’s largest investment in China to date.

“This investment in this key high growth market is another significant milestone in achieving our 2020 strategy ambitions. By further building our capability in China, we confirm our position as a strategic partner to our customers in the region. We aim to continue growing with them to anticipate and meet future consumer needs and preferences in fragrances.”

The new hub represents a land area of 76,000 square metres. The state-of-the-art compounding technology will have a very high degree of automation and will be deployed on a wide range of processes for fragrance manufacturing. The new production hub is expected to start operations during 2020.

“The new fragrance production hub will cover all the key product forms such as fragrances, oral care flavours, and encapsulation in the same location. After our major investment in Singapore, we continue our expansion in Asia by laying the foundation of this very large facility in China, which demonstrates our long term commitment in the region. It will support us in continuing to build on the strong partnerships that we have with our customers in the country.”

“As a leader in fragrance creation, Givaudan intends to fully capture market opportunities by leveraging our global knowledge and technologies while developing local activities, infrastructure, talent and consumer understanding. By investing in Changzhou, we are not only building a world-class fragrance facility, but we also aim to be an employer of choice and a good corporate citizen in the area,” commented Georges Sanchez, Company Manager of Givaudan Fragrances (Changzhou) Limited. 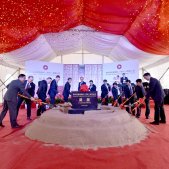 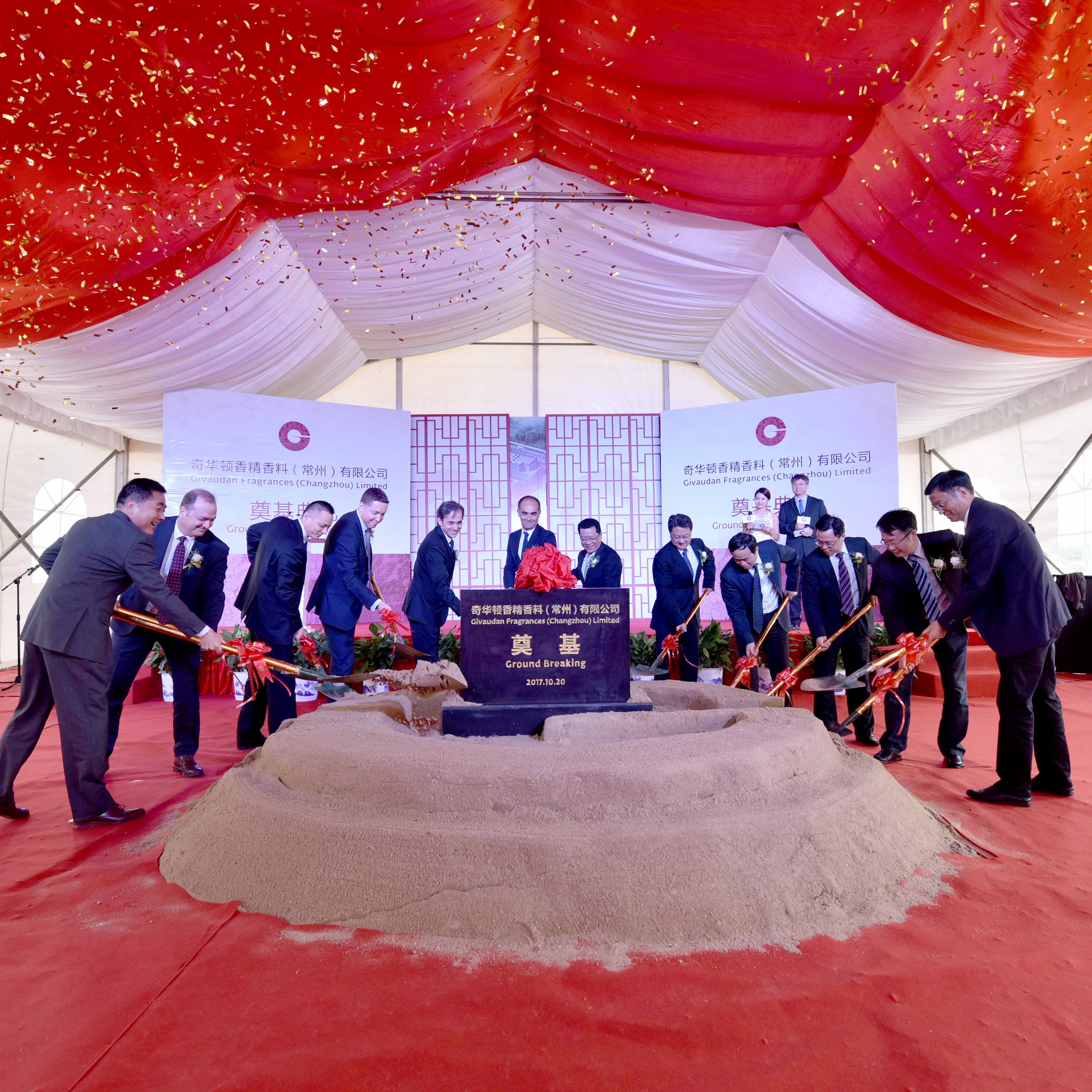 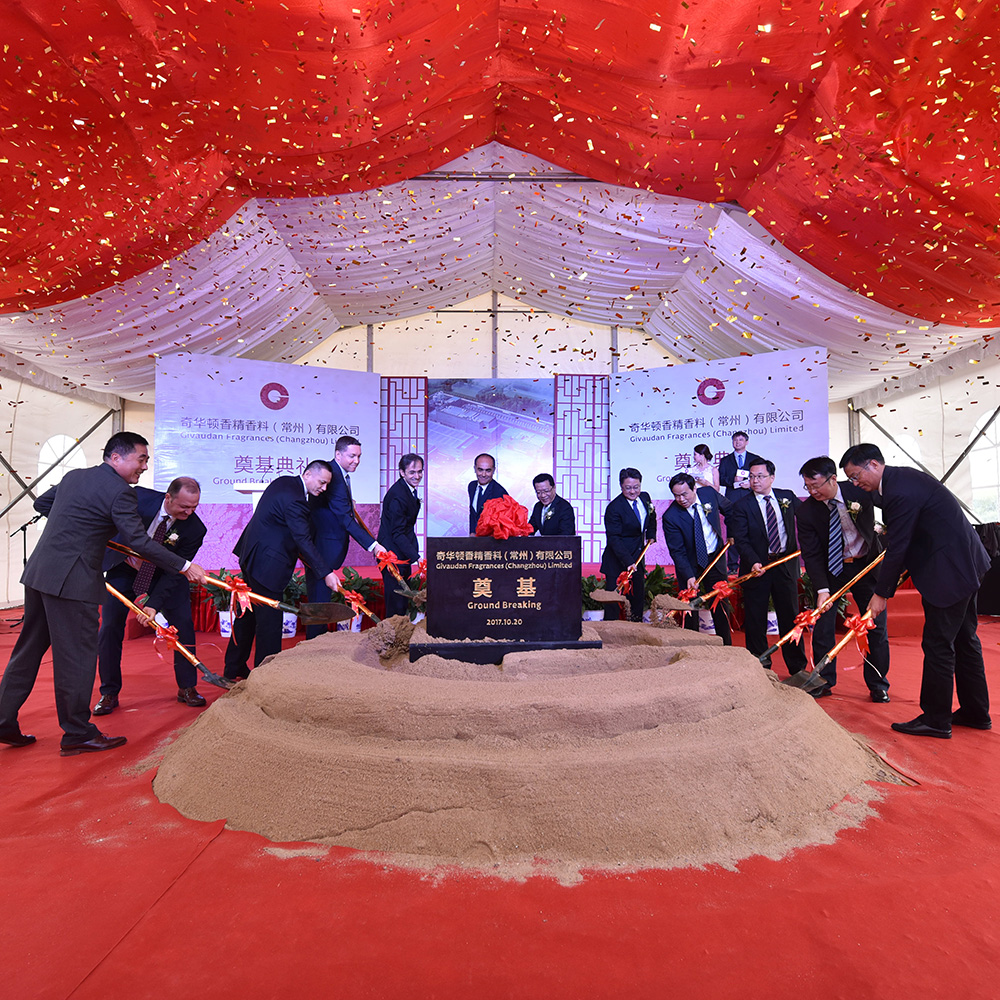 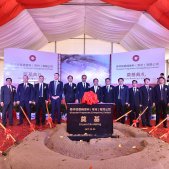 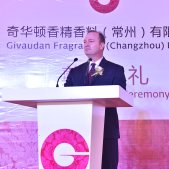 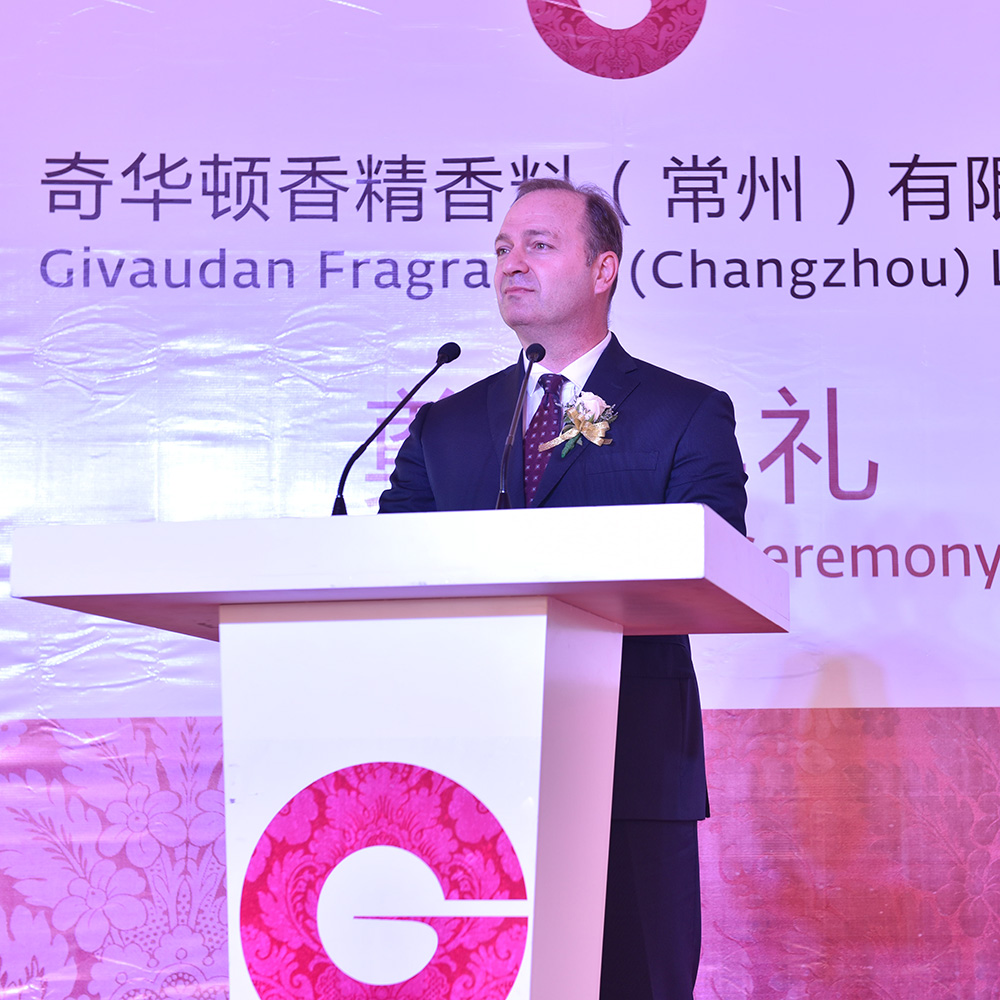 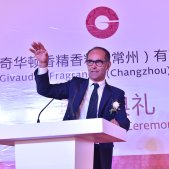 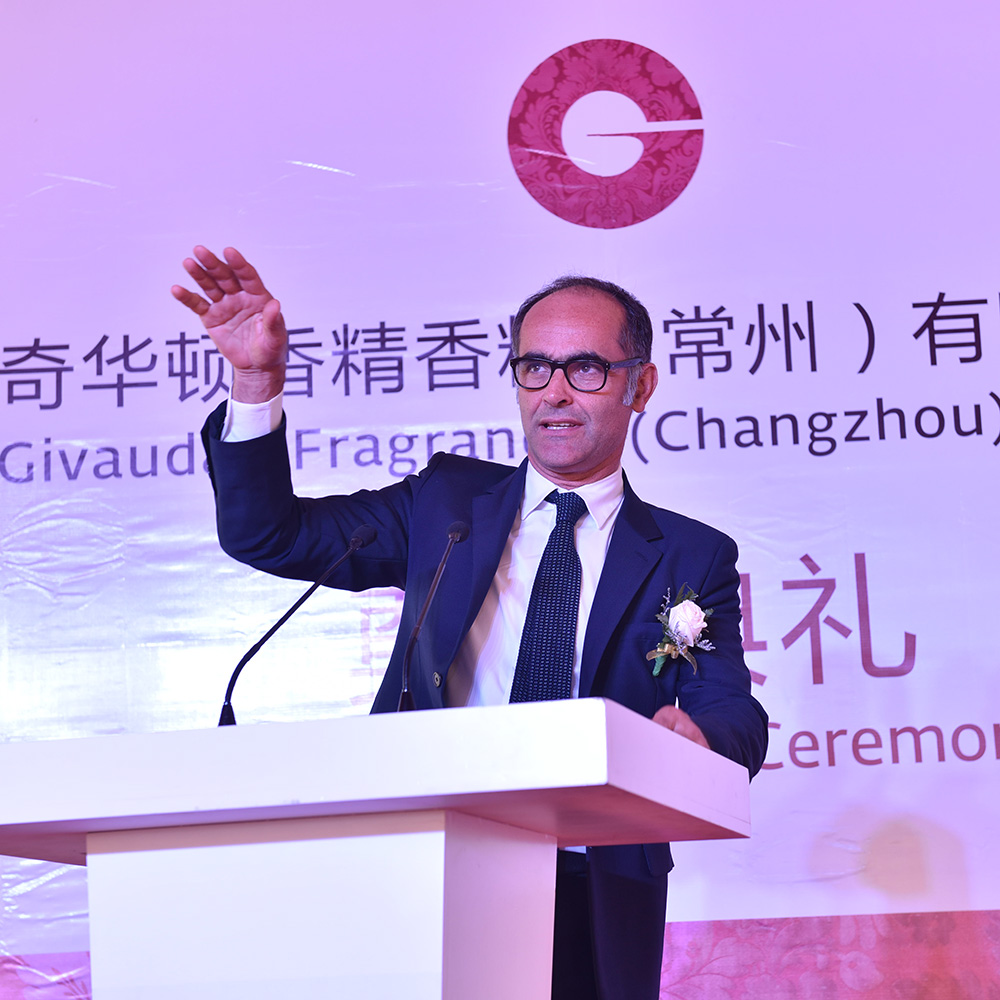 Gilles Andrier, CEO of Givaudan delivered a speech at the Changzhou groundbreaking ceremony 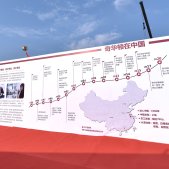 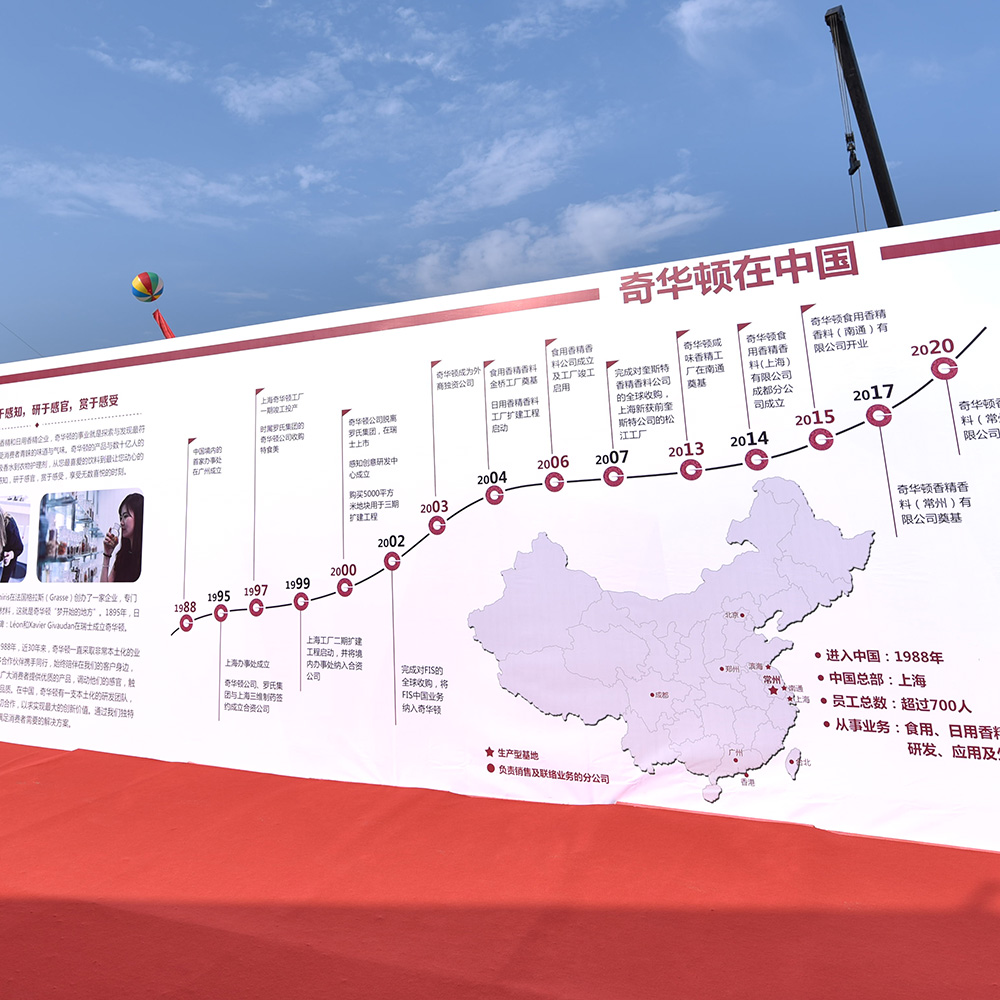 Givaudan's history and milestones in China

The groundbreaking ceremony kicked off with a Chinese drum show 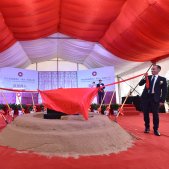 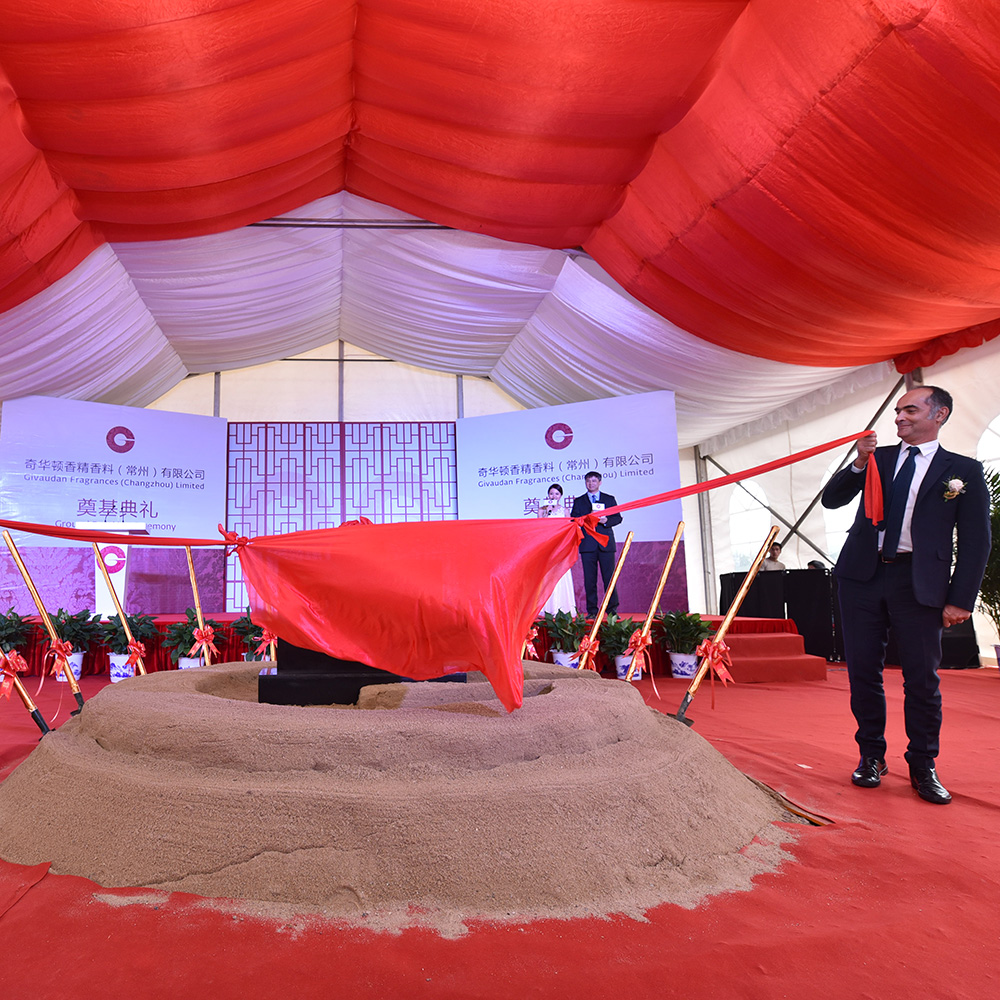 Unveiling the cornerstone for the new production hub in Changzhou 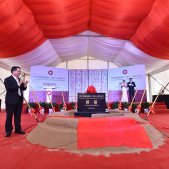 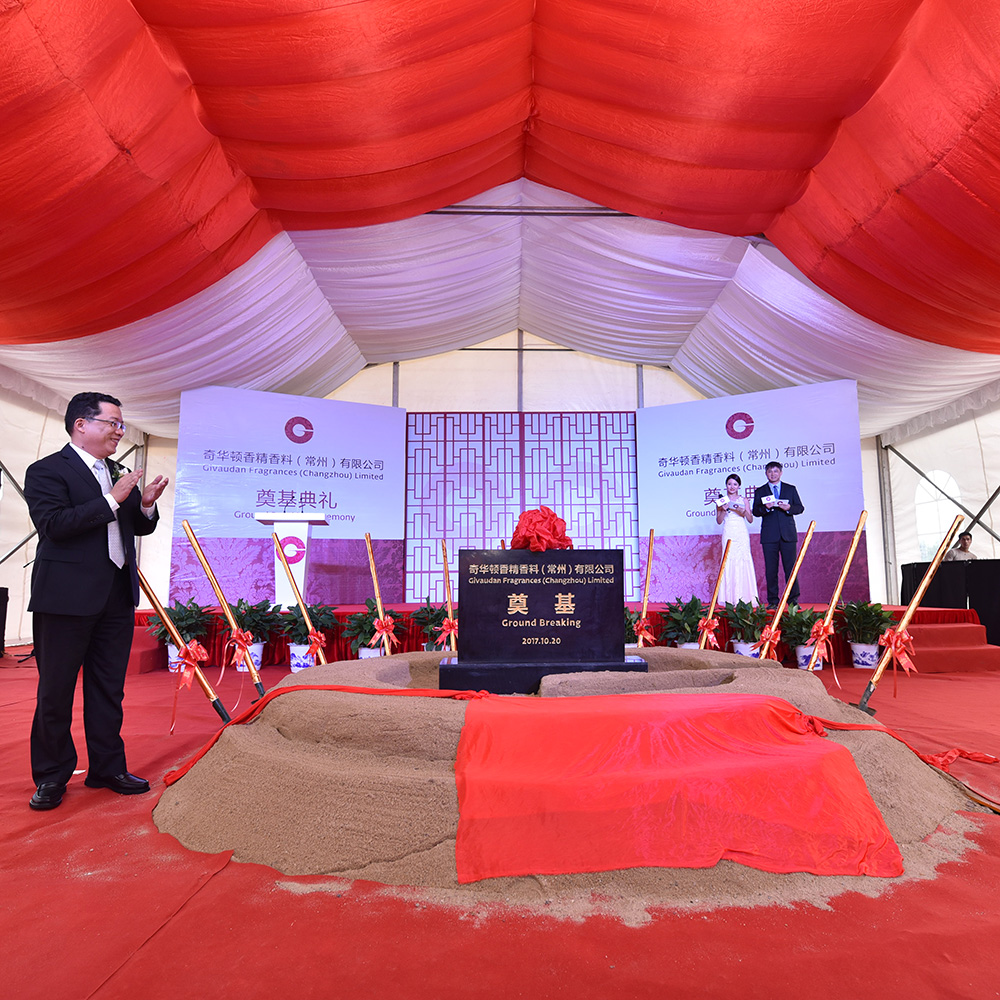 Unveiling the cornerstone for the new production hub in Changzhou

Givaudan is passionate about perfumery and is dedicated to combining creativity and innovation to design beautiful fragrances. With the industry’s largest perfumery team, Givaudan contributes to making life delightful and memorable through unique scent experiences for customers around the world. Currently present in all major markets, Givaudan strives to deliver fragrances for personal, home and laundry care, as well as prestige perfumes. Our customers benefit from Givaudan’s expertise in three business areas: Fine Fragrances, Consumer Products, and Fragrance and Cosmetics Ingredients. We invite you to ‘engage your senses’ and learn more about Fragrances at www.givaudan.com/fragrances.