Givaudan today announced the appointments of Chris Thoen as Head of Global Science and Technology, and Willem Mutsaerts as Head of Global Procurement. Effective immediately, both will become members of the Executive Committee.

Gilles Andrier, CEO of Givaudan, said: “In line with our 2020 strategy, having Innovation and Procurement represented within our Executive Committee reflects our strong commitment to offer superior and sustainable solutions by providing our customers with breakthrough innovations and the best palette of ingredients, sourced in a responsible way.”

As Head of Global Science and Technology, Chris Thoen will set the Company’s long-term innovation strategy, leverage internal and external capabilities across Flavours and Fragrances, expand the network of strategic partners and establish a culture of open innovation. 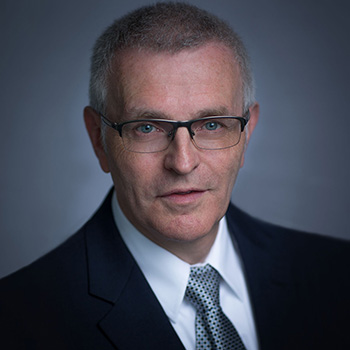 A Belgian national, born in 1960, Chris Thoen is also a US citizen. Currently Head of Science and Technology for Flavours, he joined Givaudan in 2011 from P&G. Prior to Givaudan, Chris Thoen held a number of positions of increasing responsibility within the R&D function of P&G in Europe and the USA. During this time he gained extensive experience in discovery, R&D, open innovation and knowledge management, and was named as inventor on a significant number of patents.

Chris Thoen holds a Master’s degree in Chemistry and a PhD in Biochemistry from the University of Antwerp in Belgium.

Willem Mutsaerts is a Dutch national, born in 1962. He began his career with Givaudan in 1989 in commercial positions, initially in Benelux and later in the APAC region, where he was subsequently responsible for Global Purchasing for Fragrances. In 2001, he took commercial responsibility for Fragrance consumer products in the EAME region, before becoming Head of Global Operations Fragrances in 2007.

Willem Mutsaerts has a degree in international marketing from the University of Breda, the Netherlands, and is the holder of an MBA obtained at Golden Gate University in Singapore.