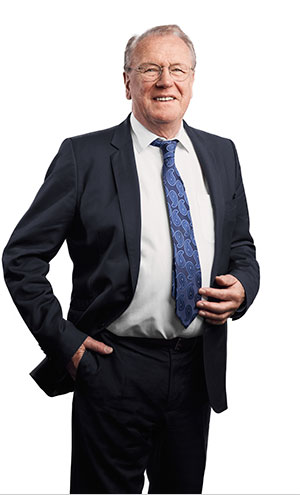 Prof. Dr-Ing. Werner Bauer started his career as a university professor in chemical engineering at the Technical University in Hamburg, Germany.

After serving as the Director of the Fraunhofer Institute for Food Technology & Packaging and as Professor in Food Bioprocessing Technology at the Technical University of Munich from 1985 to 1990, he joined world leading multinational food and beverage company Nestlé as Head of the Nestlé Research Centre in Lausanne in 1990. After heading commercially Nestlé South and East Africa he joined general management as Executive Vice-President in 2002, responsible for technical, production, environment and R&D. In 2007 he became Chief Technology Officer and Head of Innovation, Technology, Research and Development, a position from which he retired in September 2013.

Prof. Dr-Ing. Werner Bauer received a Diploma and a PhD in Chemical Engineering from the University Erlangen-Nurnberg in Germany.